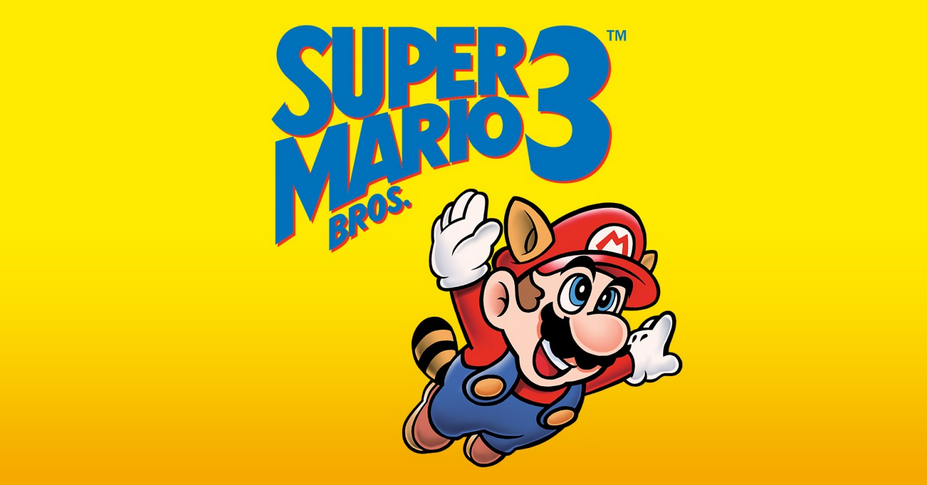 I feel bad today not knowing the “other” things I got at my 5th Birthday party.

The “other” things did not include a large, black alligator-skin Nintendo NES cartridge case – complete with this new game called Super Mario Bros. 3. Indeed, there was a third Mario game. How long until the fourth?

I had played the original “Mario 1,” as well as “Mario 2,” a game that I didn’t really care for. However, Mario 3 had a combination of things from the past two games that made it worth playing. Chief among them the ability to go backwards – something you couldn’t do in Mario 1.

The real thrill about Mario 3 was that you came across something different it seemed like each time you played. One of the earliest things I learned was that I could completely skip over World 1-4. I could do the first 3 levels, go to the nearby “toad house” (as I called it), and weave around toward the fortress.

You couldn’t skip over levels in the first two games, just worlds. You could do that in Mario 3 as well.

If you are familiar with the game, you know where I’m going next …

Since levels could simply be skipped over, it seemed as if the emphasis in Mario 3 was to simply beat the game (like Mario 2, but unlike Mario 1 where – originally – you needed to beat the game and achieve the highest score in your arcade). If you learned the right moves solely in World 1, you could beat the game in no time.

I do not remember where I first learned about the two warp whistles in World 1, but it had to be from someone slightly older than me. In World 1-3, there is a white block where you can duck and go behind the scenery to get the first warp whistle. Then, in the first fortress, there is an obscure area where you can fly – that was fun! – up and run across the top to a false door; where there is a second whistle waiting in a case.

Who knows to do those two things? Certainly I didn’t. Today it’s easy: all you need to do is go online and look up “cheat codes” for each game. Back when I was first playing, in the early 1990s,, there was a master book published each year with such tricks in it. It wasn’t widely circulated, but word of mouth became hard to forget.

Once I learned about the two warp whistles, beating the game was much easier. With both whistles, use the first to get to the first row of the warp zone: Worlds 2 through 4. When there, use the second whistle, and you’ll be taken to World 8. Simply get past World 8 and just like that you’ve beaten the game.

Subsequent video games after this one put more emphasis on beating the game, as opposed to tallying up the highest score. Nearly 30 years later, our lives have become more fast-paced and busy that, we just don’t have the 2 hours it used to take to go from World 1 to 2, 3, 4, 5, 6, 7, and 8. On the old NES, you couldn’t save game progress like you can today.

I’d be somewhere in a latter world when dinner was ready. I had to pause the game, eat dinner, and hope and pray that either of my little brothers didn’t start to play the game, or worse, shut it off.

I haven’t played Mario 3 in years, but it’s become so embedded in me that I can still play it knowing the things I know from back then.

For reminiscing purposes, I’ll check out YouTube. Sadly, the first videos I’ll see is how quick the game can be beaten. “Speed runs,” they’re called.

The older I become, the more I appreciate the challenges that such games present. With the “beat the game” emphasis, and the widespread availability of “cheat codes,” many people are missing out on some of the mind-bending challenges of the middle worlds. That, and these games do not have a top score list where you can put your initials.

There also are quite a few places where things pique one’s curiosity, and you start to figure out how to explore that thing – Example: In World 1-1, there is an opening between pipes just before the end. You don’t see the open end of the pipe while on the ground. Well, fly up and you’ll find it.

The best part of going through the entire motion? You’ll have plenty in your case, and plenty of lives to tackle World 8 head-on.

“I’ve come-a quick for-a you Princess Toadstool. I may not-a have much, but we’ll-a make-a do.”

Which of the above statements will get a single man a girlfriend these days?

Since I grew up with the “beat the game” mindset, I have never kept track of my point total while playing Mario 3 … or Mario 1, Lost Levels, or Super Mario World. Or even Sonic the Hedgehog.

Perhaps that’s my next challenge.