Disclaimer: Stuff posted on CodyCutter.net do not reflect the views of Sauk Valley Media, Shaw Media or its publications.

Linked below are the Shaw Media magazine, newspaper and online publications that I write for. 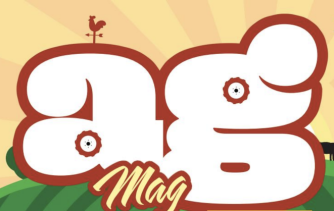 Kaleidoscope: Features and news about senior living in the Sauk Valley
Publishes twice a year (February and August)

River City Living: Feature stories and more from Clinton, Fulton and nearby towns
Publishes twice a year (May and September)

September 2004: Started Northern Illinois Sports Beat (NISB, for short), a website I would run for about 10 years. Tuned as a successor website to the former NCI Preps, NISB had game stories, features, message boards, and some photo-video. Many different website and message board platforms came and went. Had a coverage area of basically about 75-90 miles with Sterling as the center. If it was a state final team in that area, I likely covered it in the state finals.

December 31, 2013: After an aborted attempt to start a Sterling-Rock Falls based prep sports website, I ceased the content portion of NISB and began an 8-month “sabbatical” from routine journalism. On Week 1 of the 2014 football season, I was at a bar listening to local bands play country music – to give you an idea of the life I was living throughout much of 2014. The message boards continued to operate.

August 25, 2014: Left the Sun and started my second and current stint at Sauk Valley Media as a part-time sports writer.

July 2020: Left the full-time newsroom gig and began new full-time role working in SVM’s magazine (“niche”) division. Currently, I am the lead writer for the local “Living” feature-based magazines, “Lake Lifestyle” magazine for the Lake Carroll community, and other special feature publications. I still write the occasional sports and news articles for the newspaper and online products.