Part of the inspiration for sort-of getting back into baseball card collecting lately has been hearing about my friend Beau’s quest to collect 1 MILLION Chicago Cubs baseball cards. That’s quite a task!

Beau has gone on these interesting quests before. A few years back, he put forth a personal challenge to attend 100 high school basketball games in a single winter. I believe he accomplished that feat, and I have no doubt that he will indeed accomplish this one.

As of this writing, he’s only 7.5% of the way there. So if you have any Cubs cards that you want to get rid of, send them his way! The project is also on Twitter @onemillioncubs, and you can contact him through there, or the contact info listed on the above website. 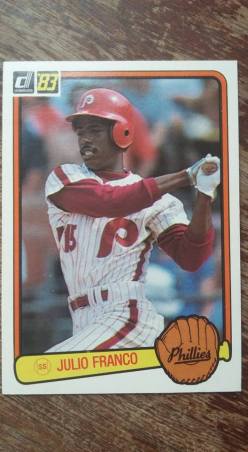 I added 77 cards to Beau’s collection. These were Cubs cards that I picked out of my personal collection, and mostly interesting and “different” cards that I figured he didn’t have already. A few more cards came from the exchange I had with Spencer.

Beau has displayed some of the cards I sent him in his Trade Review:
https://onemillioncubsproj.wixsite.com/onemillioncubs/blank-2/2018/01/10/Cubs-Oddballs-Galore-Trade-Review

So what I did get back? I got back 38 missing spots on my Want List. The best thing about this is that a lot of these cards are newer cards from sub-brands that I don’t really have.

At this point in time, many kids will not recall the Montreal Expos, who are now the Washington Nationals. When I get around to my baseball cards giveaway, I’ll be handing out Expos cards and they won’t know much about this club. Damn that Strike of ’94! Aside that year-that-never-was, the Expos were actually a halfway decent club in the late 1970s and early 1980s. They even had a couple of Red Machiners on their clubs at times. 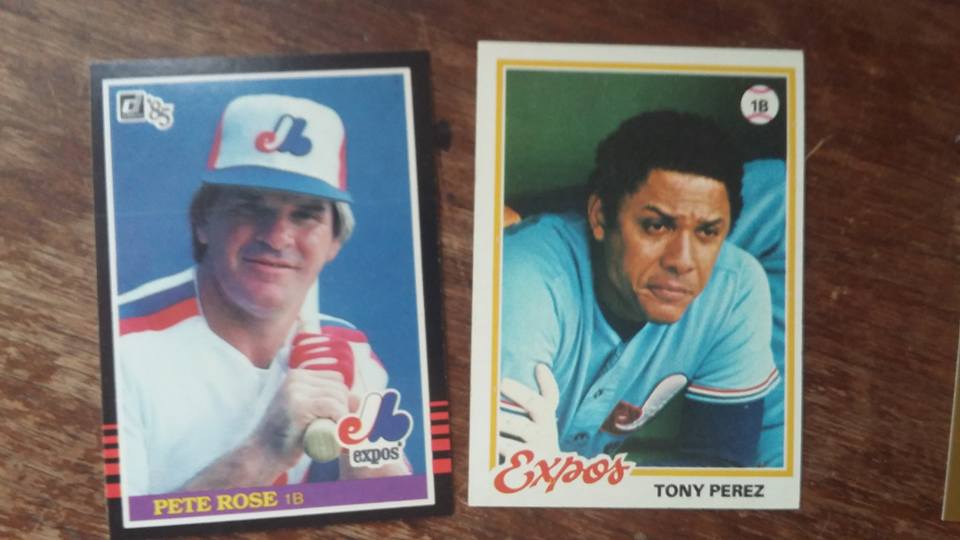 Pete Rose only spent 80% of the 1984 season with Montreal, before being traded back to Cincinnati. This Donruss 1985 Pete Rose card I didn’t know existed, because I thought that set would simply release a card of Rose on his most-recent team (Reds). However, I knew that the 1984 Fleer Update and Topps Traded sets would have him as an Expo.

When I looked at the back of this card, I didn’t know if it was real, or fake 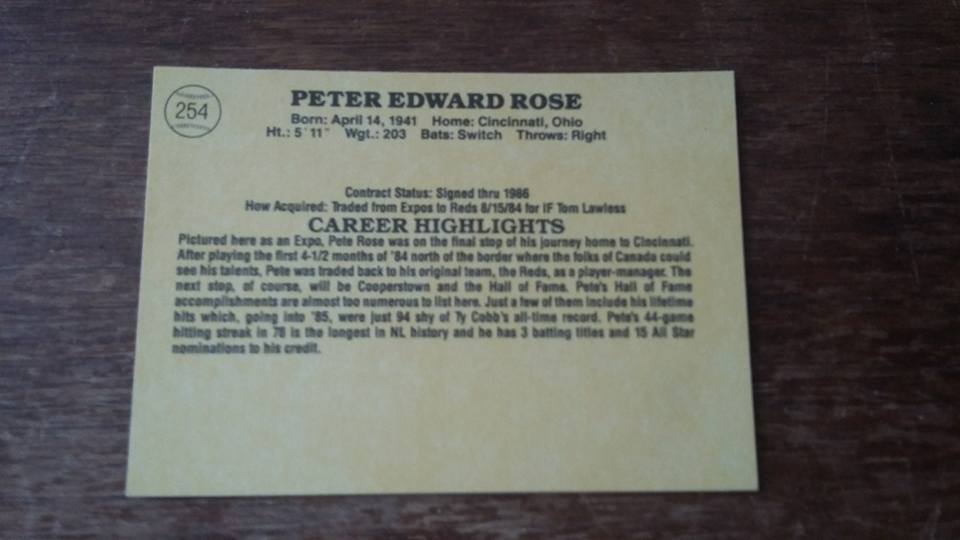 The most recent career stats block is missing. The “how acquired” lists that he’s a Red now. What irked me at first was how the “Career Highlights” was written. It is written differently than how Donruss usually writes them, which is a summary of stats and events separated by ellipses. And card No. 254 is smack in the middle of the set.

Here are some more players toward the twilight of their careers:

The 1978 Tony Perez (pictured earlier) and a 1978 Bobby Bonds (not pictured) are the two oldest cards in this trade.

The 2002 Fleer Triple Crown card of Will Clark was highly coveted because it reminds me of the time “Will The Thrill” rebounded from mediocrity to help lead the Cardinals to the NLCS. From the website: https://www.vivaelbirdos.com/2015/5/29/8679185/that-time-when-will-clark-saved-the-cardinals — He hit something in the neighborhood of 12 home runs in 50 games after coming over from the Orioles to fill in a void due to an injury to Mark McGwire. Clark saved the Cardinals, and subsequently retired. 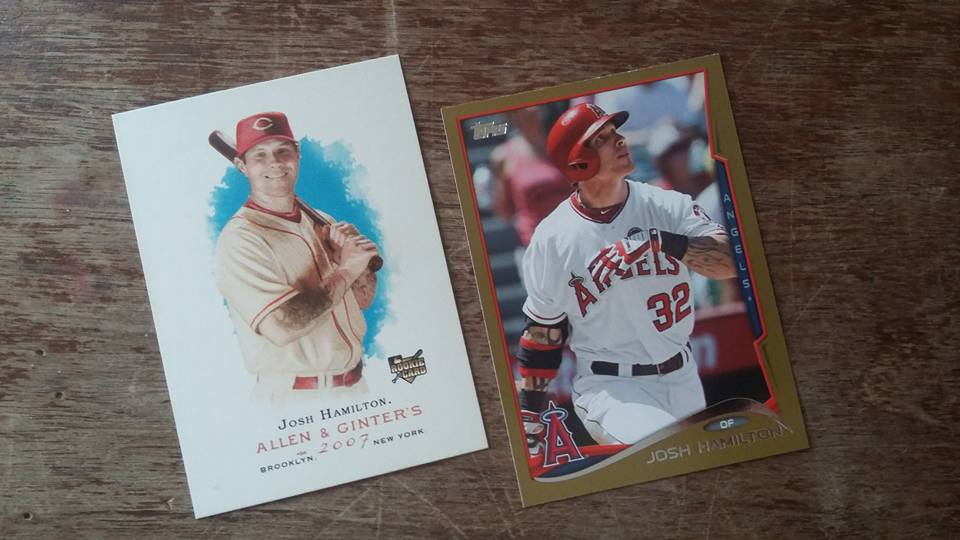 I always wish the best for Josh Hamilton, someone whose story has been up-and-down since he was drafted No. 1 by the Devil Rays in the 1999 draft. I have his 2001 Topps Opening Day card shared with Corey Meyers (of the D-Backs). Packs of 2001 Topps Opening Day were sold at the front counter of the Kroger grocery store at maybe 6 cards per pack. At that time, Hamilton had all but disappeared from the big leagues.

Then the Reds gave him a shot. Then the Rangers. And the rest is history.

I received a Rangers card of Hamilton very recently in a collection of newer cards, blogged about recently.

I’m told that this is just Part 1 of what Beau has for me. When/if I get another stack, I’ll share those as well.