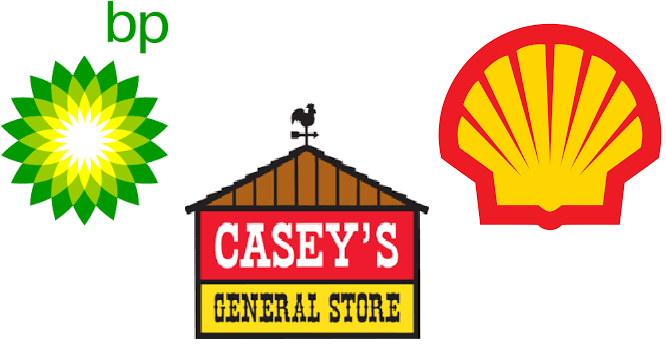 The idea has been floating around since my last couple of months at Shell. That of trading soda pop crates in coolers for club bags on the golf course.

I never looked at gas stations as a career, but I’ve been in it long enough to give the impression that it seems like it is. It’s not what I went to school for, and I never had plans to do this for the rest of my working life. It was just something to get me by as I waited for a journalism opportunity to come, and was not as taxing on my mind as perhaps a more blue-collar job was.

However, it does pay the bills. However, it does grow old after a while. It grew old as I kept shaking my head at Shell. I came to Casey’s knowing a couple of former co-workers of mine (from Shell days) needed help at Casey’s, but didn’t know just how long I was going to last.

As I went through college, I saw adult life in front of me and knew I had to achieve a few big goals in order to make life a success – all of that while getting around the handicap that is Autism.

I knew my social skills were not that great, and struggled to figure out how to fix that. After high school, I took a job stacking boxes of chicken-flavored rice at Crest Foods – nearly a year removed from having my own cubicle and telephone extension at the newspaper. That only lasted a couple of months before it became both taxing on my back, and taxing on my overall activity. So for about a year, I simply attended college classes while going without a job.

Then the money started to run out. I was always awake overnight either working on my website or studying for classes. I was suggested jobs that I felt like I didn’t have the ability to do before my dad suggested a third-shift opening at the BP station on Lincolnway. The biggest sell for me was when he mentioned that I would be able to talk to people. Oh, alright.

All I had to do was not be a jackass. This position was an undesirable one compared to the journalism career, so I had to try to make it as fun as I could. I ditched the fake, scripted customer service tone of voice for something more real. I figured that if I wanted to make good on the goal of improving social conversation, I couldn’t talk like a robot.

But at the same time, I didn’t want to yak too much. As the years went on, I got better and better, and a certain co-worker at Shell really helped my social skills A LOT. Moving on, as I think of where I’m at now compared to where I was when I first started, I feel that goal of improving socially has been accomplished.

The next goal is to maintain it, which was very tough to do with all of those lonely nights during my last months at Shell – standing behind a counter watching everyone I know having a great time on a Friday or Saturday night. I was at a dead end, and I made a move. It may not have been a popular one, but it was needed move.

When I’m in control of my life, I am more happier and more positive about myself. This has been a progressing work, and I continue to take steps toward a better peace of mind.

This includes a consistent work flow. The best way I can achieve that is to go somewhere else.

But I’m not doing that yet.

I have posted about the weight loss crusade, and this announcement revolves around that. At today’s weigh-in, I sit just south of 350 pounds.

I will retire from gas stations … effective … when I lose 125 more pounds.

I would be at a more healthier weight to successfully build more muscle and perhaps be more open to other lines of work (better pay, consistent hours) for my No. 2 job – with job No. 1 being the newspaper, obviously.

Now, of course 100 pounds isn’t going to happen right away. And I’m not going to go all gung-ho on it, because when that happens the weight quickly gets put back on – and then some. That’s what happened in my past 2 extensive attempts at weight loss. So there’s no timeframe, but perhaps this will give me more motivation to finally get rid of all of this.

I’ve been working at gas stations since September of 2006. At Casey’s I’m one of the more senior employees there, and there is perhaps nothing that I haven’t seen. I try to be more of a mentoring figure to others, and utilize my strength of building customer relations perhaps more than the physical labors of doing things.