This box was, pretty much, cards he didn’t really have a use for. So I got them and tried to see what I could find to fill my Want List. Turns out, it sort of expanded my Want List. See, with most of these cards being 1977, 1978 and 1979 Topps, it gave me a good idea on what 1970s cards to try and shoot for. I probably have the entire 1980 Topps set save some minor stars, key rookies, and Hall of Famers. 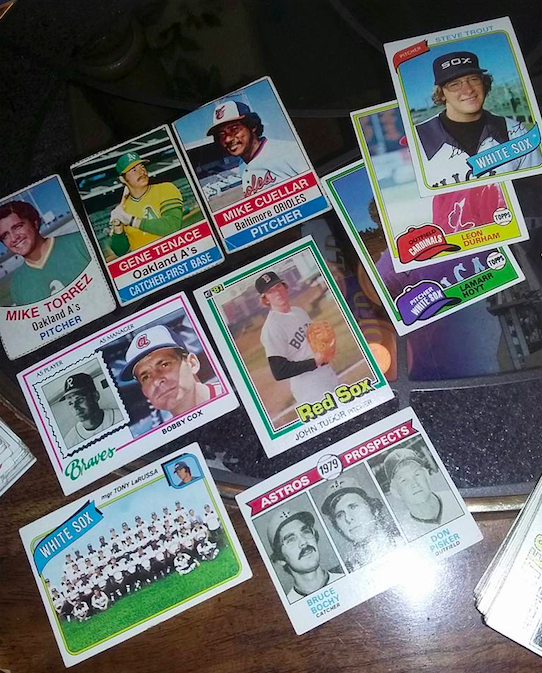 The Torrez, Tenace, and Cuellar are cards that were cut out of the bottoms of Hostess treats. The conditions aren’t great, but I have them nonetheless. Also in this are first-year manager cards of Hall of Famers Bobby Cox and Tony LaRussa; these replaced a duo of 1981 Donruss cards in my Shoebox Collection, who now get thrown into the Give-and-Trade Collection. Found 5 good rookie cards in this collection: Steve Trout, Leon Durham, LaMarr Hoyt, John Tudor, and Bruce Bochy (who may have a shot to go into the Hall as a manager).

A few cards got put into smaller piles that sit on my desk. Those are the “Beau” pile, and the “Bruce” pile. I am working on a trade with Beau and his quest for 1 million Cubs cards, and will send those cards shortly. I will also soon work with Bruce on his mission to complete series-era Topps sets.

As for all of those commons, some nearing 40 years old, they’ll fall into the Donation plans I have lined up.